Is 5G in NYC Fact or Fiction? I say Fiction…

Early last month, with much fanfare, Apple announced their new 5G iPhone12. As the Apple ads hit the airwaves, not surprisingly so did the ads for Verizon, T-Mobile and AT&T all touting their “5G” networks. If you read the fine print, you will realize that a very small portion of the 5G nationwide network is available and operating. There are 20,000 cities in the US and one of the carriers noted that they have lit 2,000 cities or 10%. If you dig a bit deeper, the total populations of these 2,000 cities is less than 1% of the total population. Anyway, these companies want to sell tons of phones and selling a new shiny object like 5G is a great way to do so.

The problem however is that a truly, robust nationwide 5G network covering urban, rural and suburban centers is years away. Again, as an excellent article written by Neil deMause points out, in many parts of the Bronx, existing 4G networks are spotty at best. The great promise of 5g is that these networks will unleash a torrent of new applications, smart city capabilities, AI and many more applications. The challenge however is that 5G networks require 10 times the cell tower density that 4G networks require. Big, big issue.

NYC is possessed with an abundance of many incredible things. There are two critical things, however, which NYC does not have in abundance which are cell towers and fiber. Brooklyn and Queens are the third and fourth most populous cities in the US with a combined population of more than 5,000,000 people, however, multiple carrier fiber density in these two enormous cities is less than 20%.

Since our inception 7 years ago, we have deployed a variety of fixed wireless microwave/fiber hybrid networks to begin to achieve network density in NYC. It’s far more economical to connect buildings via the sky, than by digging up the streets. Now that microwave networks can deliver up to 10GB of throughput, using microwave at the edge of the network, where most of the cost and time to build is incurred, can easily compete as well as compliment traditional fiber networks in terms of network reliability and performance.

Cellular networks, 4g and below, have all been built in the same manner. These networks have historically used “dark fiber” to backhaul the traffic (i.e. data consumption). Dark fiber is typically delivered to the pole or cell tower via fiber trenched under the streets. The good news is that new 5G networks are being built with a design which can accommodate not only dark fiber connections but “lit” service connections such as Ethernet. High speed Ethernet services delivered at multi gigabit speeds is far easier and more economical to build than all-fiber networks to reach the edge…where the people live, work and play.

I am not suggesting that fixed wireless microwave networks such as Skywire’s NYC network will completely replace mobile networks built with dark fiber, but rather compliment legacy fiber networks as 5G becomes a reality and not just a dream. 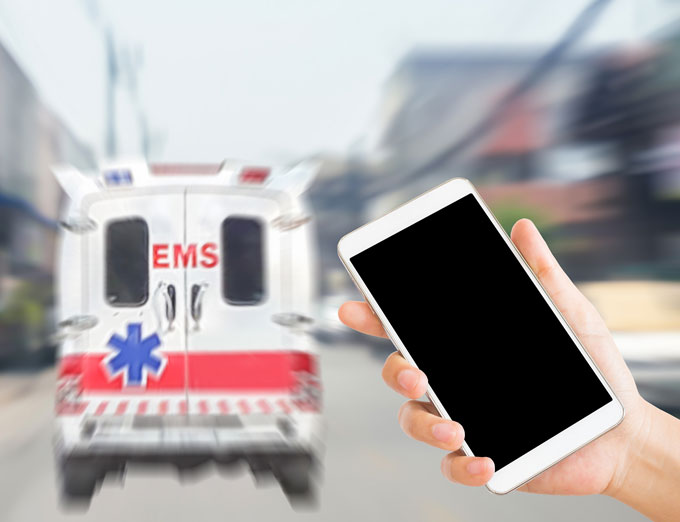 We were Featured in American Security Today Regarding our Pandemic Response

How to Solve NYC’s Broadband Problem