There was big news in the ISP industry earlier this summer when it was announced that Google Fiber had entered into an agreement to acquire Webpass, an internet service provider that uses point-to-point wireless technology to deliver high-speed broadband to apartment buildings and businesses. With tens of thousands of customers across five major markets in the U.S. (the San Francisco Bay Area, San Diego, Miami, Chicago and Boston), Webpass will allow Google Fiber to accelerate the deployment of superfast internet connections for customers in urban areas across the U.S.

A major investment by a major player like Google Fiber in metro broadband access validates the success Skywire Networks has had bringing broadband to New York City’s underserved areas, known as the city’s digital deserts. Currently, more than 90% of commercial buildings in Brooklyn, Queens and Manhattan do not have access to gigabit speeds and are reliant on poor quality connections and services solely from Verizon and the cable companies. Skywire Networks is singularly focused on solving this high quality access problem for the 25,000 non-fiber buildings in Williamsburg, North Brooklyn, Greenpoint, Long Island City and Manhattan.

Skywire Networks upgrades aging copper buildings by utilizing both terrestrial fiber and aerial last mile ethernet connections to deliver high quality symmetrical access from 10 Mbps to 10 Gbps. Where the two companies differ is Skywire Networks is currently focused on customers in New York City -- specifically in areas of Brooklyn, Queens and Manhattan that only had access to low quality cable -- and provides its customers much more than just high-speed internet access. Its Business Connectivity Platform starts with broadband, but also includes voice and managed services.

When Skywire Networks lights a building, it takes into consideration time to deploy, distance to the nearest fiber or hub, and layout of the building. Creating a terrestrial network is both expensive and time consuming as it requires streets to be dug up to lay the fiber infrastructure. That’s costly anywhere – up to $300 per linear foot -- but the price tag and logistics of doing it in New York City is astronomical. In contrast, point-to-point wireless connections that use high-frequency spectrum or airwaves can deliver high-speed access at a fraction of the cost, because all that’s needed are radios and receivers mounted atop buildings. These networks can be set up within days rather than the months often required with a fiber deployment. 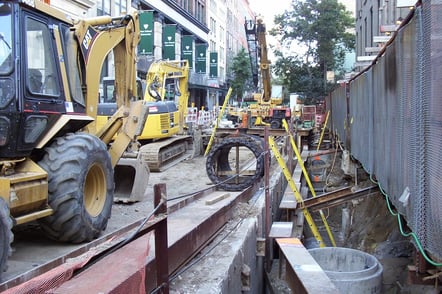 It seems Google Fiber is coming to the same conclusion as Skywire Networks. As reported in San Jose's The Mercury News, "Google Fiber is already up and running in seven other major cities, outside California, but a source familiar with the project says the company is putting additional fiber locations on the back burner to reassess the technology and explore a cheaper alternative -- wireless service that does not require expensive, capital-intensive and time-consuming installation of fiber cables under the ground. The source said Google is now focusing more on aerial installation." 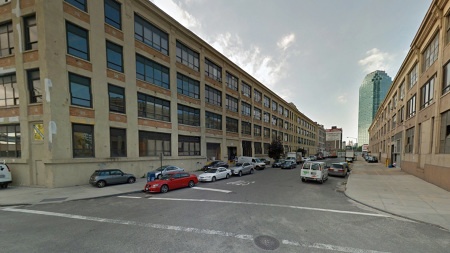