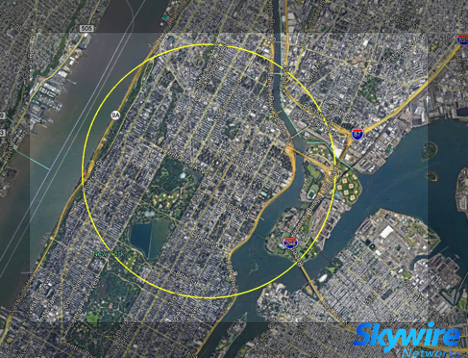 Skywire Networks, one of NYC’s fastest growing ISP’s, having lit more than 800 buildings and providing data services to thousands of business customers, is excited to announce that it has extended its network to Northern Manhattan and Southern Bronx.

Skywire Action Plan in the Wake of Covid-19

At this time when the news is dominated by Coronavirus, I wanted to personally reach out and let you know that we are vigilantly implementing enhanced protocols and increasing network capacity, redundancy, and security to ensure that your network and business continues to run seamlessly and without interruption.
We are closely monitoring the guidance of the World Health Organization and the Centers for Disease Control regarding the spread of the virus, which among other things has resulted in the implementation of unprecedented levels of remote workforce policies. Demand for broadband services continues to rise especially as video conferencing, virtual-events tools, conference calling and other UC tools, are relied on to insure seamless communication with your employees, customers and partners.
Here’s what we’re doing:

Is Special Construction Killing Your Deals? 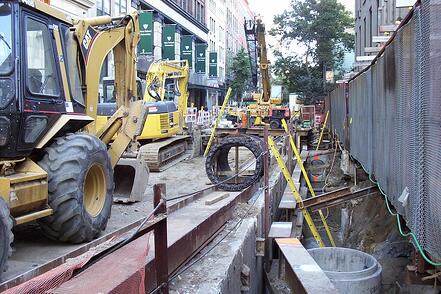 Skywire Networks Announces the Launch of its Partner Resource Center.

NEW YORK--Skywire Networks, one of the fastest growing Ethernet providers in New York City, announced today that it has launched an online resource center for agents, channel partners and wholesale carrier partners. Skywire recently announced the lighting of its 500th building in NYC. In addition to lighting 500 buildings, Skywire has also built 35 major distribution hubs throughout NYC, resulting in a near-net coverage area of 39,000+ commercial buildings.

"...Also in NYC, Skywire has significantly scaled its wholesale and channel activities. They've put some of the capital they raised recently to work lighting buildings in the rest of the city outside of midtown and downtown. And they have now unveiled a Partners Portal to provide better access to connectivity and pricing for lit and near-net buildings."

PETALUMA, Calif., Nov. 15, 2017 (GLOBE NEWSWIRE) -- Calix, Inc. (NYSE:CALX) today announced it has accelerated past the 100 service provider deployment milestone for its industry-leading AXOS Gfast solutions faster than any other vendor. Armed with Calix AXOS Gfast solutions, which simplify the delivery of new services, service providers globally are cost-effectively upgrading their offerings to a true symmetrical gigabit experience in challenging multi-dwelling unit (MDU) environments. By leveraging the Calix Gfast portfolio, the copper and coaxial cable infrastructure in many MDUs is no longer an obstacle to deployment, allowing service providers to offer a unified gigabit marketing message across their markets, and reap the benefits of AXOS, the world’s only Software Defined Access (SDA) platform, to deliver Always On services to all subscribers in record time. 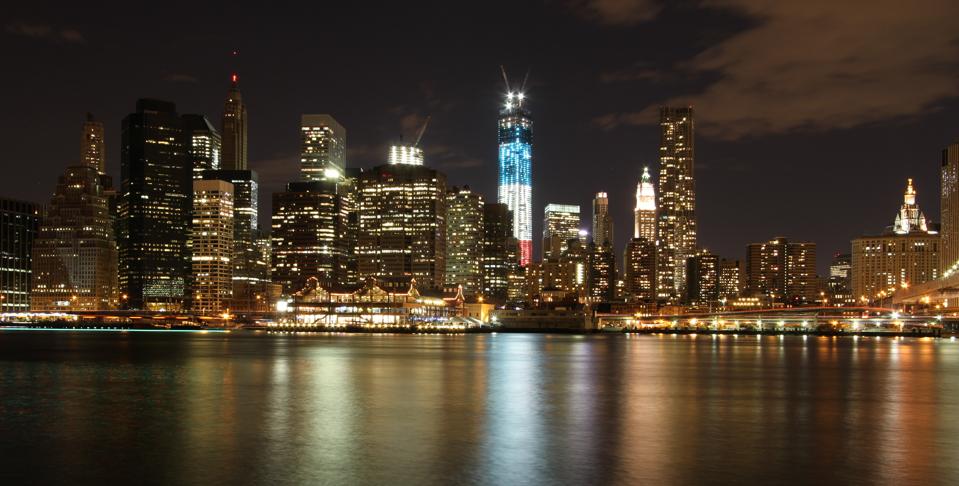 We were mentioned today on Axios Pro Rata!

You can see the original source by clicking on the link below: NEW YORK--(BUSINESS WIRE)--Skywire Networks, one of the largest Fixed Wireless Broadband Providers in New York City, announced today that it has successfully secured $23 million in financing from Metropolitan Partners Group, a private investment firm based in New York City. The financing will be used to significantly scale the company’s New York City “lit” building footprint and to scale its sales, marketing and operating organizations. Today, the company owns one of the largest Fixed Wireless Broadband Networks in New York City with more than 400 lit buildings, more than 30 hubs, and a near-net footprint of 25,000 commercial buildings.

"We are incredibly excited to accelerate our plans to deliver high quality broadband to the tens of thousands of New York City buildings and businesses which are desperately in need of high quality internet,” said Alan Levy, co-founder & CEO of Skywire Networks. “This financing further validates the massive opportunity and significant broadband connectivity problem that exists with commercial buildings throughout most of New York City. Unless your office is located in a Class A commercial building in midtown or the Financial District, it is likely that your building does not have adequate broadband connectivity required to manage your business. We call these areas 'digital deserts' and Skywire brings these areas up to speed without the hassle, cost or wait time required by one of the incumbent telecom or cable companies.”

“We are excited to partner with Alan and Alfred at Skywire,” said Paul Lisiak, managing partner at Metropolitan Partners Group. “We recognize the significant asset value already created by the Skywire team and are confident our financing will drive the build out of enterprise grade broadband to many of the underserved areas of New York City.”

Skywire Networks partners with commercial building owners throughout New York City and especially those buildings located outside of midtown and downtown Manhattan where fiber density is weak. Today’s building owner must offer their tenants high quality internet solutions and many times, the building owner or property manager is unaware that alternative broadband options exist. Skywire provides an array of high speed data and unified communication services to businesses located in those buildings which are connected to the Skywire Network.

Levy continued, “The cost and time that it takes to dig up the streets and lay fiber in New York City is impractical and largely uneconomical. For fiber based broadband companies, it is not always efficient or economical to dig up the streets and deliver new fiber builds to smaller buildings or to buildings that are not near existing fiber routes. This void, which has been developing for more than 20 years, has created digital deserts especially outside of the fiber dense areas of midtown and the financial district. Vibrant business areas such as the Garment Center, the Flatiron District, far West Side plus most of Brooklyn, Queens and the Bronx are essentially digital deserts.”

Skywire Networks is one of the largest Fixed-Wireless Broadband providers in New York City with thousands of customers, more than 400 lit buildings, more than 30 hubs, and a near-net footprint of 25,000 commercial buildings. The cost and time that it takes to lay fiber in New York City has become impractical and largely uneconomical. Skywire Networks solves this problem by delivering high-quality, low-cost broadband connectivity to potentially tens of thousands of buildings in NYC that currently suffer from slow or unreliable internet. Some of our customers and partners include: WiredScore, Van Barton Group, MTA and NYCEDC.

Metropolitan Partners Group is a private investment firm based in New York City focused on providing debt capital to growing private companies in the United States. Metropolitan works to understand its borrower’s business needs and growth plans and works to tailor a customized capital solution through the skillful application of operational expertise, asset valuation and deal structuring. The Metropolitan team is led by Paul Lisiak, who has 20+ years of experience investing in private U.S. companies. Since 2008, Metropolitan has invested over $400 million in over 45 companies.